Fishing in January has been very good, especially nearby Caño Island. We have had a lot of yellowfin tuna with an average weight of 15 pounds. We have also had some wahoos and cubera snapper.
Due to the La Niña phenomenon it rained the first half of the month and the water on the coast and in the estuary remained mudy, however it has already begun to clear, so, schools of sardines are coming to spawn near the mouth of the Sierpe river and mangrove snappers began to bite in the estuary.
We still have some dates available for February, so don’t wait any longer and book your fishing day now. 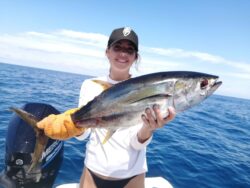 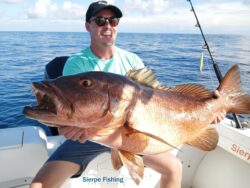 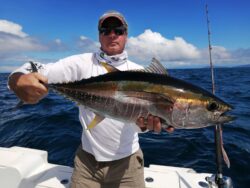 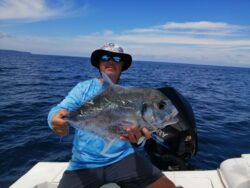 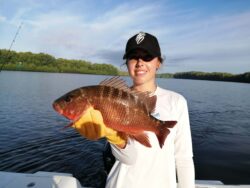 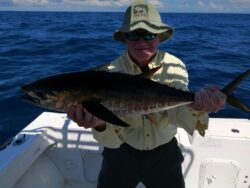